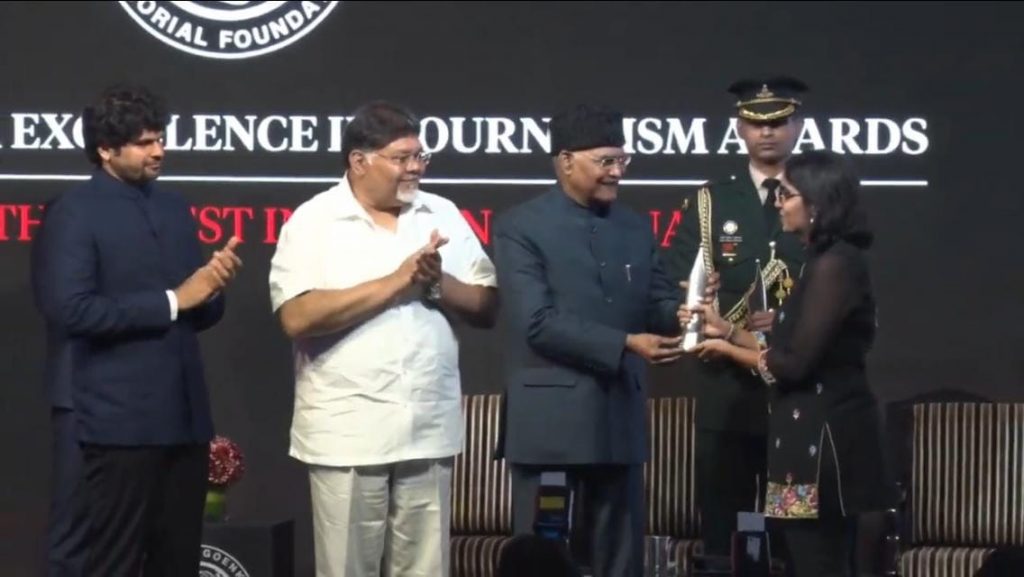 Former Scroll.in journalists Mridula Chari and Vinita Govindarajan have won the annual Ramnath Goenka journalism award for 2018 in the “environment, science and technology reporting” category. They won the award for a series they reported for Scroll.in in April 2018 about the failures of pesticide regulation in India.

Chari and Govindarajan received the award from President Ram Nath Kovind at an event in New Delhi on Monday. This is the second straight year Chari has won the coveted journalism award – she had won the prize in the “on-the-spot reporting” category for 2017.